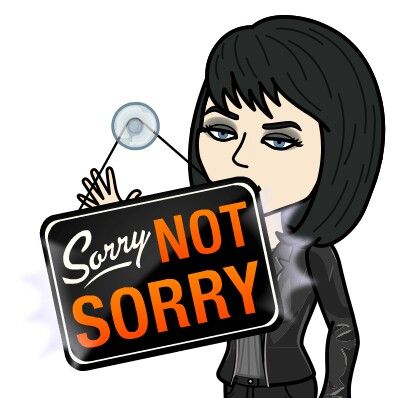 “I thought about how I actually spend most of my time during the day. I realized that, like a lot of other middle-aged women, I spend most of my day in apologizing, justifying, explaining, and asking for forgiveness. This from a card-carrying feminist, a woman whose adult life has been spent taking risks and rising to challenges. I mean, nobody’s ever accused me of being kittenish or sensitive to others; I’m more Calamity Jane than Jane Austen (although I bet that if you gave Jane Austen a gun, she would have had a deadly aim).

What do I apologize for? Everything. I apologize for how my hair looks, especially if I am late with a dye job (“color consultation”). I apologize for the fact that the Democratic party did not spend enough money or spent too much. I apologize for not going to church, even though it’s been about 40 years since I attended regularly and nobody’s come looking for me yet.” ~ source

One the things that struck me as odd when I first visited South Africa was the use of the word “sorry” in lieu of the words “excuse me” and a few other polite niceties. I remember wondering why a person would say “sorry” if they simply sought to pass? It felt so heavy and so self-deprecating. It made me very uncomfortable. Everything in me said that if I was engaging with an equal and I had done nothing wrong, that word should and could never be used without somehow diminishing the value of my presence… as though I must somehow apologise for being here in this moment and needing to pass by a person who happens to be unintentionally blocking my way.

But that was then.

I am not sure when I stopped being bothered by it but I definitely recall when I realised that I had started doing it too. 5 years after I started living in South Africa, I visited America for a few months and I recall needing to get past a lady whose trolley was blocking the supermarket aisle. I was working in that supermarket packing groceries at the time (a story for another day). I said “sorry” without thinking. She turned around and asked me “what are you apologising for?” and then proceeded to wait for an answer… Awkward.

Although it is not the exact same thing, I remembered this because I was reading Lois Frankel’s “Nice Girls Don’t Get the Corner Office.” The book speaks to 101 unconscious mistakes women make that sabotage their careers. The underlying science is that ‘from early childhood, girls are taught that their well-being and ultimate success is contingent upon acting in certain stereotypical ways, such as being polite, soft-spoken, compliant and relationship-oriented. Throughout their lifetimes, this is reinforced through media, family and social messages. It’s not that women consciously act in self-sabotaging ways; they simply act in ways consistent with their learning experiences. So when the author says “quit being a girl” the meta-message is you don’t have to act in ways you were taught. You have choices and you can consciously choose to do what helps you grow. This echoes some of the lessons in Sheryl Sandberg’s Lean In.

Mistake number 60 is apologising excessively. As she puts it, “apologising for unintentional, low profile and nonegregious errors erodes our self-confidence and, in turn, the confidence others have in us. Whether it’s inadvertently bumping into someone on the street or making a small mistake in the office, a woman is far more likely to apologise than a man.” When I say that I see this every day in myself and others, I am not exaggerating. I work in an office with over 150 people and the majority are women. Almost all the women approach me with an apology when they come to ask me to do exactly what I am paid to do so that they can do exactly what they are paid to do. Most of them literally start their sentences (or emails) with “Sorry…” And it’s not just a verbal apology either. It’s an apology solidly backed by their body language and facial expression. Imagine how this translates in a salary increase negotiation?

None of the guys do by the way. Not even when they are asking me for something entirely unreasonable. After all, they need it to do their job.

This seems to confirm that apologising is not a superficial issue. It goes to the heart of our confidence in our position, our role in the workplace, our perception of ourselves relative to male colleagues and our security in our entitlement to be in that spot at that time asking for that thing. Perhaps apologising unnecessarily is a manifestation of imposter syndrome.

As one card-carrying feminist who is also a professor of English and an Author put it, “Women could save time by cutting out the caveats that we offer at the beginning of every sentence. “I’m sorry, it’s only me. I just wanted to check on….” “I really hate to bother you. I know how busy you are….” I’d say the average woman could save 3 or 4 months a year by skipping those introductory phrases.” She also apologises and generally feels sorry a lot by the way 🙂

Whatever the root causes, apologising unnecessarily has a profound effect on how our colleagues, male and female alike, engage with us and on our confidence levels.

Along with identifying the 101 mistakes, Lois also offers some suggestions for dealing with them. In respect of apologising excessively she suggests the following: